Australia has a national resilience-based approach to disaster management designed to enhance its capacity to withstand and recover from emergencies and disasters The National Strategy for Disaster Resilience. Investing in effective disaster resilience measures to provide a foundation for government, businesses, and community to work together to survive, adapt and grow, no matter what happens. The South Australian Government is investing in effective disaster resilience measures targeted at a local level that will provide a foundation for government, businesses, and community to work together to survive, adapt and grow, no matter what happens Disaster Resilience Strategy.

South Australia’s disaster resilience strategy is informed by global best practice and community consultation and aligns to the Sendai Framework for Disaster Risk Reduction, and is supported through various legislation including The Fire and Emergency Services Act 2005 and The Emergency Management Act 2004

Whilst climate impacts are happening globally, South Australia faces some unique challenges.  It has a population of 1.67 million (7.25% of Australia’s) and is one of the least densely populated states in the world.  The landscape includes desert that is some of the most arid parts of the Australian continent, mountain ranges and a coastline stretching more than 3,700 kilometres.  South Australia has less sudden impact disasters compared to the rest of Australia, but it has the highest number of heat related deaths per capita.

"South Australia is the driest state in the driest inhabited continent on earth." 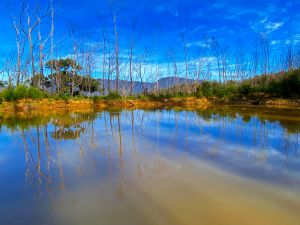 The summer of 2019-20 brought bushfires that burned across Australia.  The fires in South Australia burnt 278,603 hectares of land, and resulted in more than 1180 homes and buildings being destroyed or damaged. Sadly, three people died.

The emergency response was immediate and within months more than $79 million had been invested by the State in grant programs and other initiatives to help fire-affected communities recover and rebuild.

An interim report that tells the story, including recovery efforts to date, can be found at South Australia 2019-20 Bushfire Recovery Report.

The South Australian Government has also released its comprehensive response to the Independent Bushfire Review.  A total of 68 findings and 15 recommendations were identified as part of this Review and five key themes highlighted:

The State is continuing to build upon its Disaster Resilience Strategy through: 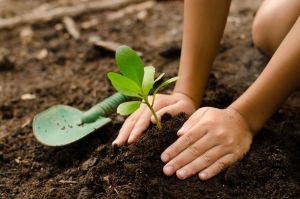